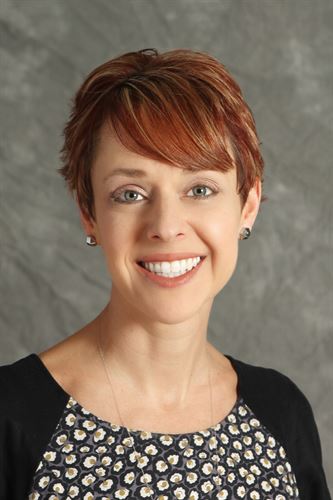 Publication Design and Multimedia is a creative, hands-on environment in which students collaborate to produce Whitney High Student Media. Students use cutting-edge graphic design software and professional cameras to learn the basics of digital storytelling, reporting, photography and social media as part of 21st-century communications. Photojournalism students explore digital and multimedia storytelling with a variety of industry-standard tools, including the chance to experiment with a variety of professional cameras and lenses, smartphones, GoPro, 360 video and virtual reality. As students continue in the advanced classes for Publication Design and Production, they have opportunities to plan, design and produce the yearbook, news magazine and website in a student-led program, which enables them to practice real-world deadline skills in a collaborative learning environment in which their designs, photos and stories are published for an audience.
Program Sequence

INTRODUCTION TO PUBLICATION DESIGN AND MULTIMEDIA
Grade Level: 9 - 10
Prerequisite: None
Syllabus: Intro to Publication Design & Multimedia
Students in this foundational class will explore all aspects of modern media production and design. Students will master basic design skills for print, social media and web using a variety of current software. In addition, students will work in teams using critical thinking skills to conceive, develop, report and produce projects on a variety of topics. The work is largely project-based, requiring both independent work and group management skills for success — a critical career skill in an ever-evolving work environment. Formats explored will be modern multimedia and social media for storytelling, which includes photography and video, preparation for web production and print readiness for magazine and yearbook. This Career and Technical Education (CTE) course will prepare students for a future in the nationally award-winning Whitney High Student Media program as well as begin to establish career skills in the Arts and Media Entertainment fields.


PUBLICATION DESIGN PRODUCTION II
Grade Level: 10-12
Prerequisite: Introduction to Publication Design and Media, Graphic Communications I, Photojournalism I or instructor's waiver by application
Syllabus: Publication Design Production II
In this media production course, advanced publications students are part of Whitney High Student Media. Led by student editors, they produce media for publication by determining its content and design, including the yearbook and magazine as well as a variety of online and multimedia components for digital communication. Students will use cutting-edge graphic design software such as Adobe InDesign and Photoshop and other digital imaging programs to prepare their work for submission to publishing companies. Students will take photographs using a variety of professional-level cameras and apply digital imaging and pre-production skills as well as report, write and design all copy using computers, laptops and iPads throughout this technical and career-prep course. All equipment is provided for student use. Students also gain experience with social media, advertising, marketing, public relations and real-world business skills and have the option to attend trips to national conventions and workshops and earn recognition in state and national student media competitions.

PUBLICATION DESIGN PRODUCTION III/IV (Honors)
Grade Level: 11-12
Prerequisite: Introduction to Publication Design and Media and Publication II
In this course students will be expected to fulfill a variety of leadership and management roles as part of Whitney High Student Media. This is a capstone class in which students apply practical skills learned in a leadership role. Students will also be expected to peer coach, edit, plan, and produce student media and school publications as advanced designers, reporters and photographers. The cutting-edge course includes emerging technology, career shadowing opportunities and a wide variety of social media, advertising, marketing and real-world business skills.

MEDIA PRODUCTION MANAGEMENT
Grade Level: 12
Prerequisite: None
Syllabus: Media Production Management
Based on successful media and design work in Whitney High Student Media, students can select this elective to pursue a top media management leadership role with special emphasis on serving as an editor of the yearbook, news magazine or news website. Students will develop a plan and work with a department instructor. The course also provides the opportunity to communicate with and shadow local media professionals such as photographers, graphic designers, press operators, printers and others in the industry to coordinate special projects. Editors and students seeking leadership experience are strongly encouraged to enroll in this course, which also counts as the leadership component requirement in order to earn WHS Distinguished Scholar.
Program Outcomes and Certifications

“I recently graduated from California Polytechnic State University in San Luis Obispo with a degree in Graphic Communication. Cal Poly is unique in that you have to declare your major in the application process and begin you major curriculum starting in the first quarter. Being so involved in yearbook through Mrs. Nichols’ publications/media classes in high school made me absolutely confident and excited about pursuing design in college and as a career. Because of my four years of publication design experience in high school, I started my college curriculum with an understanding of foundational design principles and experience in the Adobe Creative Suite, which allowed me to excel in my classes. I have since interned at a large software company, Mindbody, as a user experience designer and am currently working as a professional designer at a digital agency called Matchfire. I can honestly say that I would not be where I am today without my experience in yearbook through the publications classes and learning from such an encouraging yearbook adviser!”

“I had always been good with words, but Whitney High School’s journalism courses (publications and Whitney High Student Media) helped me understand the true power behind choosing the right ones. It was more than storytelling; it was creating perspectives and conversation. We were allowed to embrace creativity and think freely. We were allowed to question, change and grow. I carried these skills with me to every job that followed - from the newsroom at The Daily Californian to the Investigation Lab at The Human Rights Center. As a student at the University of California (Berkeley), I am currently an editorial board member and Arts and Entertainment reporter at The Daily Californian. I am also a legal intern, researcher and journalist for The Human Rights Center partnering with Amnesty International and ProPublica as well as a public policy and social media intern at The City of Oakland.”

“Upon graduation from Florida State University in 2013, I was commissioned as an officer into the United States Air Force through AFROTC. Responsible foremost for disseminating time-critical information concerning Air Force One, Air Force Two, and foreign VVIP visits, my role required constant diplomacy and significant interfacing with the world’s highest ranking diplomatic leaders and their staff. Furthermore, I was called on to take the lead in guidance on protocol policy and procedures to the United States Secret Service, United States Department of State, as well as other Joint Base Andrews agencies regarding the coordination of airlift support to the President, Vice President, cabinet members and other senior officials. This high level of trust and confidence has been recognized by many, as evidenced by my ncreased responsibilities and promotion of duties to Deputy Chief of Diplomatic Missions in November 2014, a position normally reserved for officers of much higher rank. According to my supervisors, I have ‘dually excelled as both a firsthand greeter of our nation’s highest ranking government officials and as an ambassador to diplomatic delegations during U.S. visits of foreign Heads of State.’ When nominating me for my university’s 30 Under 30 award, my superiors wrote this: Zachary skillfully and confidently worked with more than 50 foreign heads of state visiting the United States on official government business. This role not only requires constant interfacing directly with high-ranking foreign diplomats, but also calls on him to spearhead the planning and execution of tasks with countless details and moving parts to mind, amend and execute, oftentimes around the clock.

As President Obama’s U. S. Chief of Protocol, Ambassador Peter A. Selfridge stated, ‘To say that I frequently rely on Zachary’s abilities is an understatement. Zachary is a thoughtful team communicator and has developed an effective approach to navigating extremely stressful circumstances with an effortless air and infectious work ethic. Whether it’s hosting the multiple meetings leading up to a visit or alleviating confusion amongst visiting diplomats on the busy flight line, Zachary’s poise and professionalism have been frequently tested, oftentimes under the direct and ever watchful gaze of the President, the Vice President or the Secretary of State. Through his exemplary service on the front lines of diplomatic engagement, Lieutenant Sobeck has been extremely successful in an environment that inherently leaves very little room for error. He is a tireless worker, a well-respected leader and has demonstrated the organizational and interpersonal skills necessary to succeed in what is certainly among the most demanding foreign relations and communications roles within our Armed Forces.’ Many of those skills were ones I learned and developed during four years in the journalism and media program with Mrs. Nichols at WHS. I am currently earning a Master’s degree in Public Relations and Corporate Communications at Georgetown University.”